The girls again met in battle. But Nastya underestimated the potential of her rival. And she thought that this fight would be easy to win. But not everything is so simple. During this time, Yana carefully prepared for revenge and did not give a minute of rest to her opponent during the entire fight. 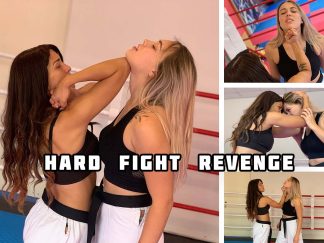